First observation of controlled electron transfer within a single molecule

A team of Czech scientists demonstrated for the first time a controlled transfer of electron within one molecule. The work published in the journal Nature Communications brings important knowledge not only about one of the key processes in physics, chemistry and biology, but also provides inspiration for the construction of quantum computers based on molecular cellular automata or super-capacitors for storing energy in individual molecules.
“We managed to carry out a controlled electron transfer within one isolated molecule and at the same time measure the amount of energy released into the environment during this process. These measurements, supported by the theoretical model, provide detailed understanding of quantum mechanical processes such as charge transfer and energy conversion at the atomic level, ”explains Pavel Jelínek from the Institute of Physics of the Academy of Sciences of the Czech Republic.
To carry out this study, scientists designed a molecule that contains two iron atoms chemically bonded in ferrocene units. These so-called redox centers with defined distances then serve as reservoirs between which the transfer of electron (i.e. unit charge) takes place. The molecules were placed on an insulating surface of salt and measurements were performed under ultra-high vacuum conditions. For controlled electron transfer between ferrocene units and charge positioning, scientists used an atomic force microscope. At the same time, it made it possible to detect energy that was irreversibly released into the environment during electron transfer.
Subsequent theoretical analysis has shown that the repeated electron transfer induced by the oscillating probe of an atomic force microscope takes the system out of thermal equilibrium, causing a weak temperature dependence of the electron transfer rate between ferrocene units.
An important prerequisite for the successful advancement of quantum technologies is a detailed knowledge of the basic processes on which they are based, i.e. charge transfer and the associated energy conversion at the atomic level. Electron transport in molecules also plays an important role in many biological and chemical processes, such as photosynthesis, corrosion and many enzymatic reactions. Despite the crucial importance of these processes and the efforts made to understand them, our current possibilities for studying and managing charge transfer at the level of individual atoms or molecules are still very limited. 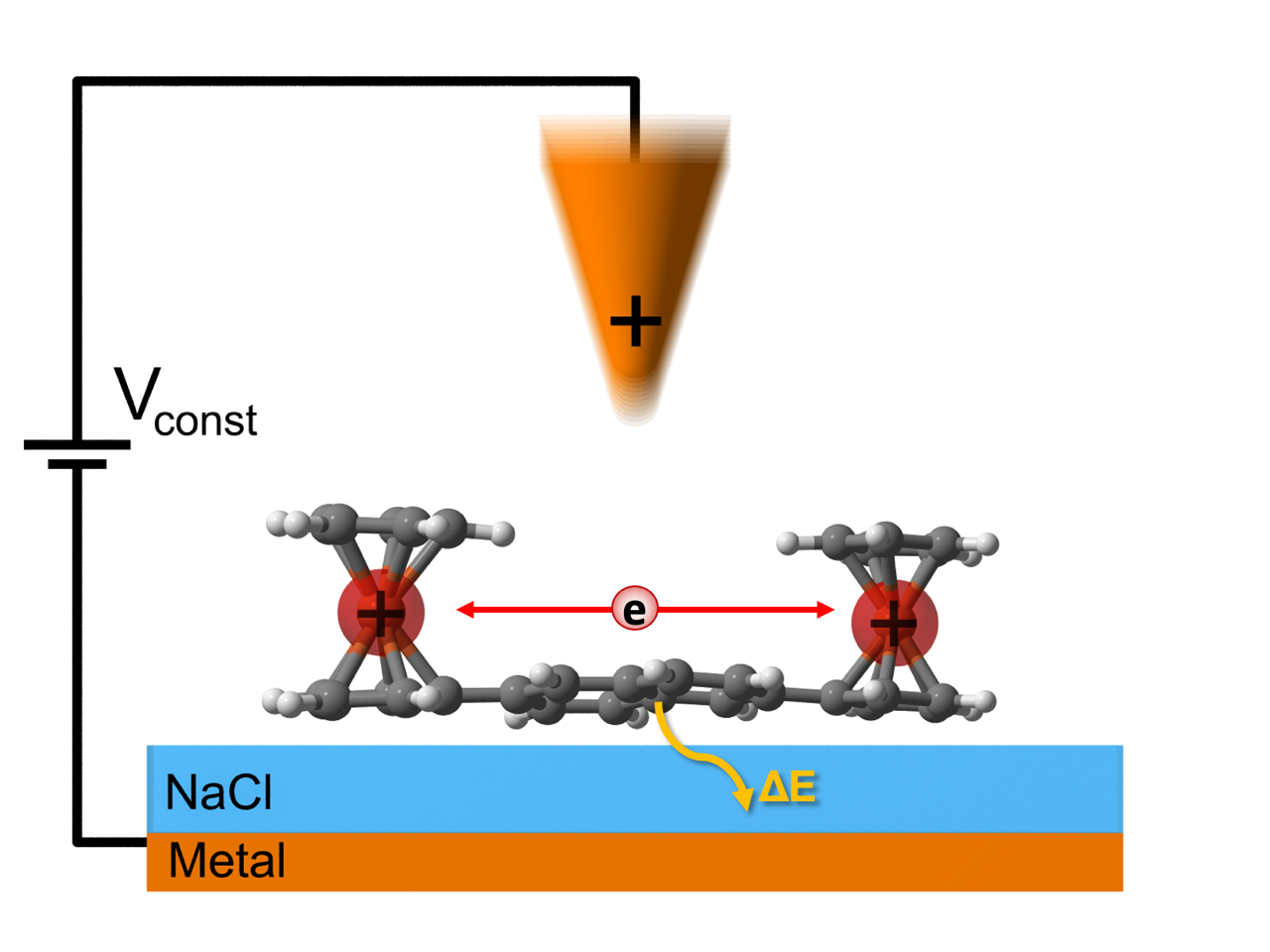